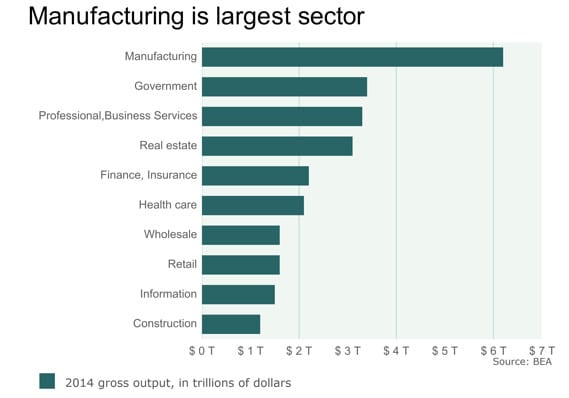 Yet, manufacturing jobs have consistently and rapidly decreased since 2000. 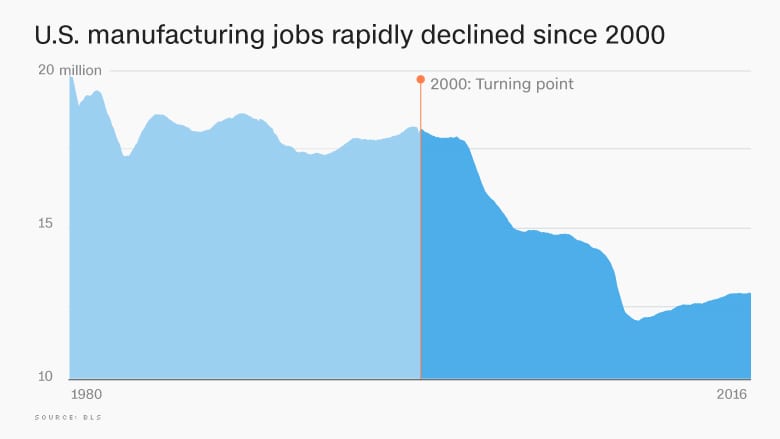 Does that mean that soon manufacturing will no longer be our biggest sector? No. Actually what’s happening is the while jobs have consistently gone down, output is going up. These lines are diverging. 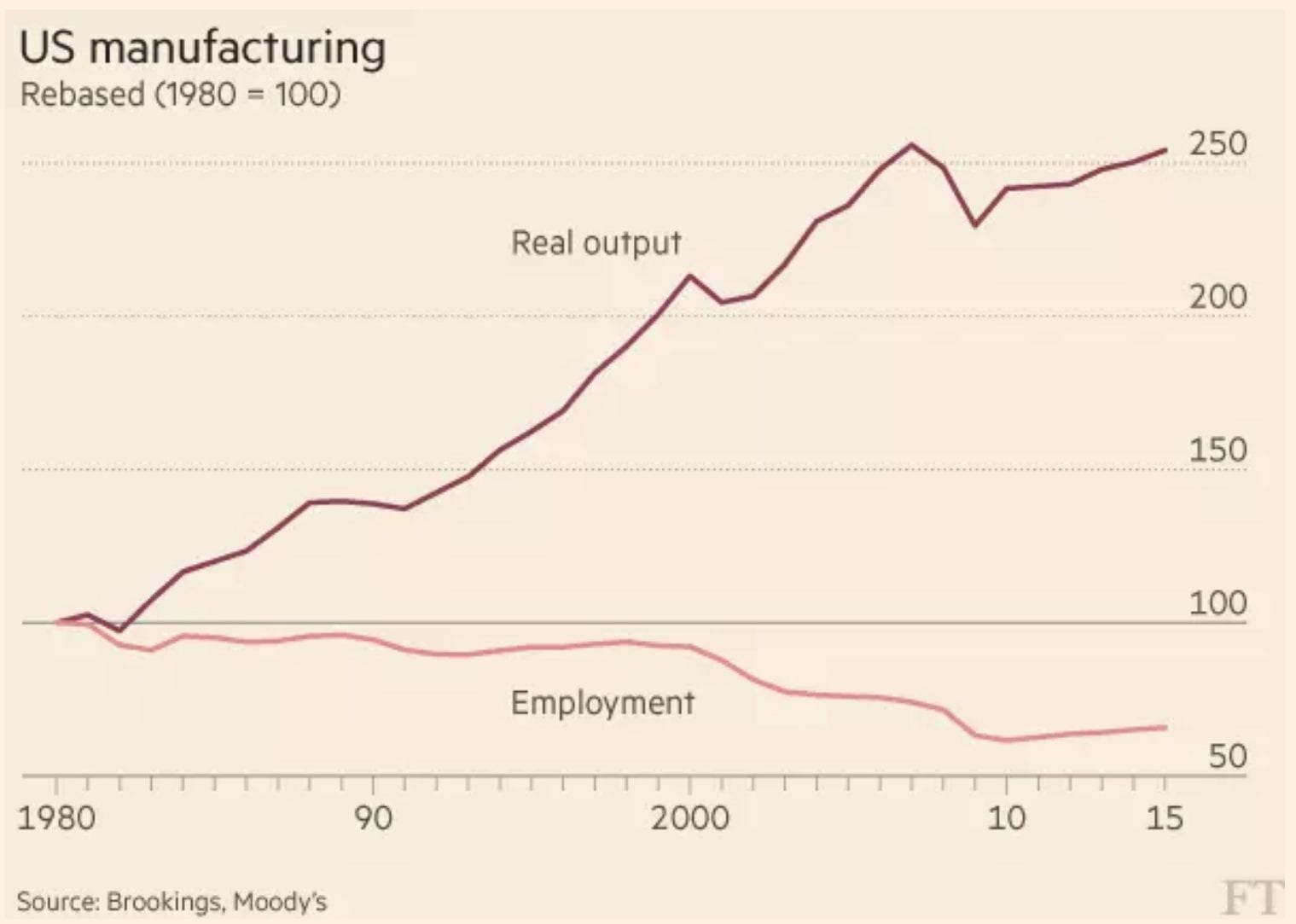 So, what does that mean? Well, here’s what it definitely doesn’t mean: Other countries are not taking our jobs in manufacturing. Actually I see estimates of 13% of job loss being due to trade deals.

So, what is happening? Automation is replacing easily replaceable jobs. And you can’t fight that. In fact, we should be investing in it. Because the truth is that automation creates more jobs than it destroys. There are more jobs today than in the past. Even with all the robots. The jobs just look different, and they are of higher economic value.

Check out this great video from David Autor on this topic.

We should be investing automation and mechanical engineering. We should be training people to work with machines, invent machines, repair machines, and leverage machines to create greater economic value and output.